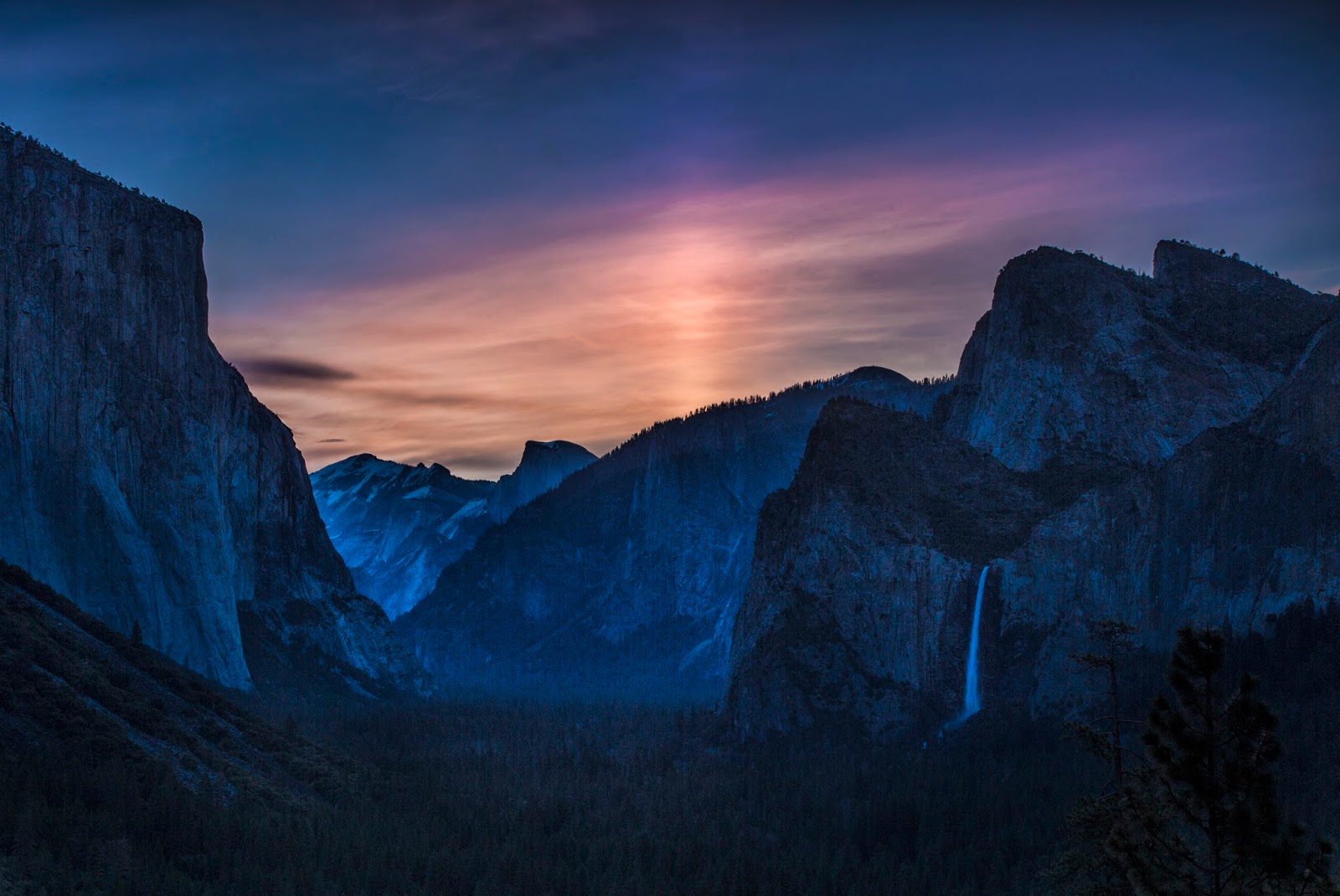 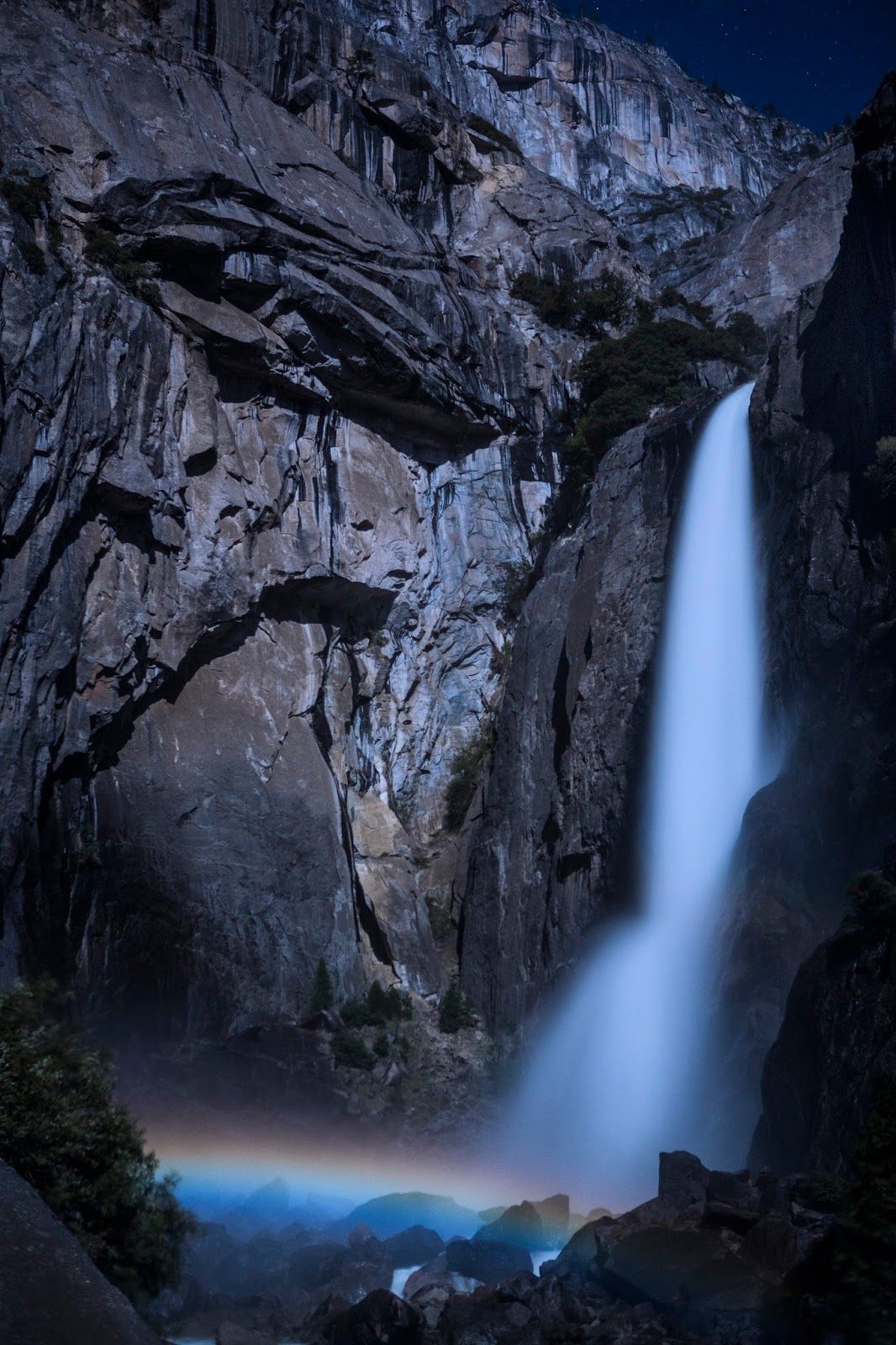 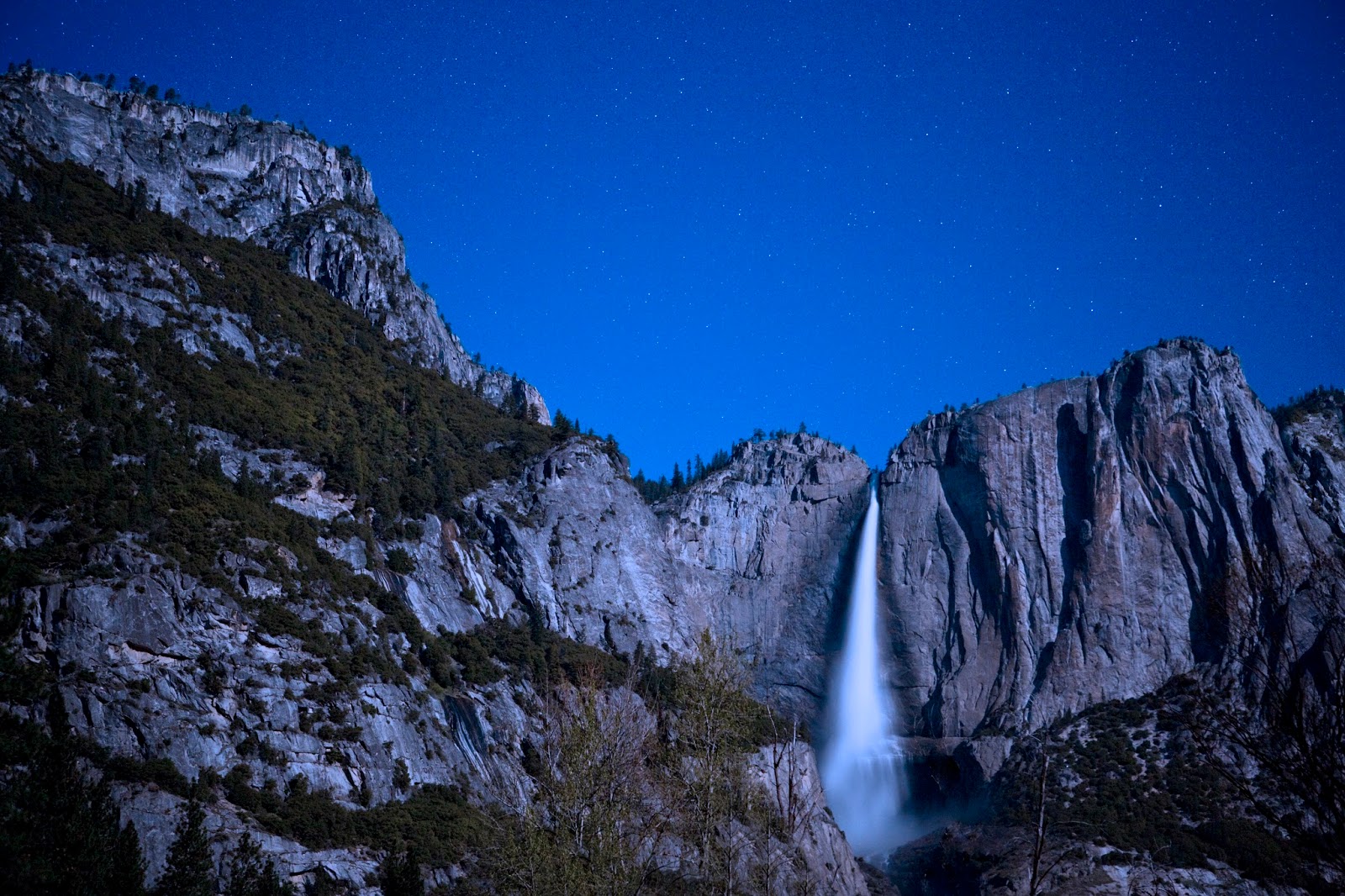 These images were taken during a Gary Hart moonbow and moonlight workshop.. the second two images were both taken during the night prior to a full moon..the middle image is a moonbow at Yosemite Falls..photographing this event was an incredible experience!  One cannot imagine the surprise in store when you walk up to Yosemite Falls and find it crammed and I mean crammed with photographers..as I crested the hill, all I could see was the red lights of all the cameras...hard time finding a spot, too..My recommendation is to get there really early to set up..I couldn't get a spot on the left of the bridge and had to set up on the bridge, but it worked out well..maybe I didn't get as much sky with stars as the people on the left but I had a great angle to shoot straight at the moonbow...it is sort of exciting to see all the people lined up everywhere. Some women with cell phones took images of the back of my lcd, which showed the moonbow in color..with the naked eye, the moonbow appears to be a silvery arc:  lovely and eerie.
The next, lower image, was taken from the Swinging Bridge area and shot in moonlight..it looks almost like daylight until you see the stars..this was a great workshop, Gary is very knowledgeable, keeps to a good schedule and knows the park well.
The upper image was taken of Tunnel View in the predawn hours.
As of May 1, I am embarking on a photographic mission to take an image a day for one year..this will be my 365 Project..if you have read this blog, I have tried this previously, but this time I mean business.
All the night images were taken with my 24-70mm Canon L lens..I cannot say enough about the clarity of this lens..it is spectacular for moonlight and night..I sold my 24mm TSE last year and don't miss it a bit.
Posted by Marion at 5:53 AM No comments: